This summary is based on the twenty-sixth year of water quality data (WY-17) in the Environmental Resources Division’s water quality monitoring program. Overall water quality in the city remained steady during this sampling period as compared to the previous year. By comparison with state indices, water quality is good in all systems.

Potential problems were noted in both fresh and salt water canals with turbidity, total suspended solids (TSS), biological oxygen demand (BOD), total nitrogen, fecal streptococcus, fecal coliform, dissolved oxygen, (DO) chlorophyll A and pH. For the saltwater canals, these problems are partially caused by runoff from the general river basin, which is the source of water to Cape Coral. Areas of high development and increased population within the city also affect both freshwater and saltwater canals.

The Environmental Resources Division (ERD) of the Public Works Department of the City of Cape Coral conducts routine monitoring of aquatic systems in the City. This report summarizes the findings from October 1, 2016 – September 30, 2017 (Water Year 2017). Figure 1. shows the locations of the main regular sampling stations for which monthly sampling has been conducted. Appendix Table 1. describes these sampling stations. The full set of data on which this report is based is on file at the office of the ERD in Cape Coral.

The water quality characteristics routinely measured at each station are listed in Table 1. along with the frequency and the applicable Florida water quality standards. Laboratory analyses were provided by the Chemistry Group of the Cape Coral Water Reclamation Plant and by staff of ERS. Staff members of ERD collected field instrument data. All methods followed APHA, 1989.

Tables 2A and 2B summarize statistics for all regular water quality samples taken during the sampling period October 1, 2016 through September 30, 2017. For clarity in interpretation, data were separated into freshwater and saltwater.

The State of Florida (Hand et al. 1988) developed a water quality index for streams based on water clarity, dissolved oxygen, oxygen demand, bacteria, nutrients and biological diversity. ERD calculated a similar index based on all of the 6 factors except biological diversity (for which information is presently inadequate). Because the State index is a simple arithmetic average, it is reasonable to compare the Cape Coral index with it. Table 4. gives the calculated indices for the main aquatic system types of Cape Coral.

The overall average for the Cape Coral systems was 42. According to this index, Cape Coral water quality is good. (The state range for “good” is 0 to 45; fair is 45-60; poor is 60-100). Overall water quality has remained steady as compared to the previous year. (Table 4).

The recommendations for improvement of these conditions continue to include the following:

1) Lobby for drainage basin improvements in the Caloosahatchee River upstream of Cape Coral. The saltwater canals of Cape Coral cannot be much better than the water that they receive from adjacent and upstream areas.

2) Encourage the use of best management practices, BMP’s, in all areas of the Cape. Emphasize BMP’s dealing with fertilizing of lawns and gardens, pesticide applications, the installation of barrier strips of vegetation to intercept runoff along waterways and enforce and improve existing erosion control ordinances.

3) In some of the deeper canals, dissolved oxygen violations are consistently occurring. Addition of hard substrate on the bottom would lead to increased mixing and could alleviate some of these violations.

Ave; N side of Bridge.

2 A ALL ROUTINE PARAMETERS MEASURED

” I INSTRUMENT MEASUREMENTS ONLY MEASURED

With over one hundred square miles, Cape Coral is Florida’s second largest city in terms of land mass. That’s not the reason why so many residents and visitors call it paradise, though. Cape Coral is an exceptional and breathtaking city, with the unique feature of having more than 400 miles of salt and fresh water canals. That’s 400 beautiful miles of secluded and beautiful Cape Coral waterfront property. Often referred to as the Venice of America, Cape Coral certainly has all the makings of paradise and is the perfect retirement spot for the boater, beachgoer, or fishing fan.

Not everyone wants to live directly on the beach. Cape Coral’s canal properties offer the beauty and exclusiveness of waterfront life without the hectic beach traffic and living in a tourist trap. Most waterfront property in the Cape has the privacy and charm of a family oriented neighborhood, with the additional benefit of the wildlife and beauty of waterfront living.

Imagine watching the sunset while manatees play together right from the comfort of your own Cape Coral waterfront home. No wonder it’s called paradise.

Before purchasing your slice of Cape Coral paradise, there are a few choices you’ll need to be aware of:

When deciding on the perfect waterfront property, keep in mind that there are many different types of canals in Cape Coral, including saltwater canals, freshwater canals, preserves, intersecting canals, and some that offer Gulf access.

Gulf Access: If you are a boater, a Gulf access canal may be important to you. If so, keep in mind that some properties are a quick five minute trip to the river that leads to the Gulf of Mexico, while others may take an hour or more to arrive. The closer or further down river you are located, the more quickly you’ll be on the open waters and out of the 5 mile per hour “No Wake” speed restrictions. More choices to think of include:

Direct/Sailboat access: No bridges, locks or lifts to worry about. This is the least restrictive type of access and is quite important to the boat owner. If you own (or plan to buy) a sailboat, you’ll need to check out the waterway more thoroughly. Just because a listing is direct access does not mean that it is suitable for a sailboat. There are only a few areas in Cape Coral that truly have sailboat access, including proper water depth, and obstruction free. For a sailboat, you’ll want to be on a DEEP DIRECT ACCESS canal.

Freshwater: Many freshwater canals lead to a lake or even a chain of freshwater lakes. If you would rather steer clear of the ocean, choosing property on a freshwater canal may be ideal for you. Again, if you are a boater it is important to be aware of where your canal leads to. Although most do lead to beautiful lakes, there are a few canals that really don’t go anywhere that is suitable for a large boat. If your interests lie in bass fishing or canoeing, these winding canals still offer an excellent way to experience waterfront property at a lower overall price. Our realty team is familiar with the various waterways of Cape Coral and will be sure to steer you in the right direction, according to your needs.

Canal Widths: Along with freshwater or saltwater choices, our canals also come in different widths, which provide a variety of water views. Cape Coral canals range from 80 feet to over 200 feet in width. Some of the most beautiful also offer an intersecting view. The wider the canal, the better the view, so the wider canals are generally prices higher, as are the intersecting canals.

Investment Value: Of course any waterfront property will have a higher resale value than most other property in Cape Coral, but keep your choices in mind when considering the resale value of your canal location. A direct access property located closer to the mouth of the river will appreciate more quickly and appeal to more buyers in the long run.

My experience is here to help you make the wisest choice and to assist you with any questions you may have regarding Cape Coral waterfront property. Call me today. 239-699-2092 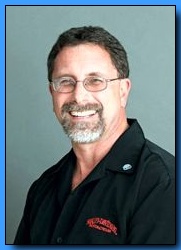 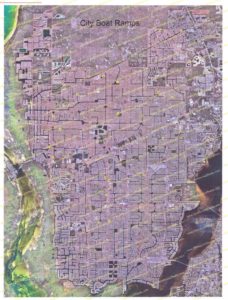